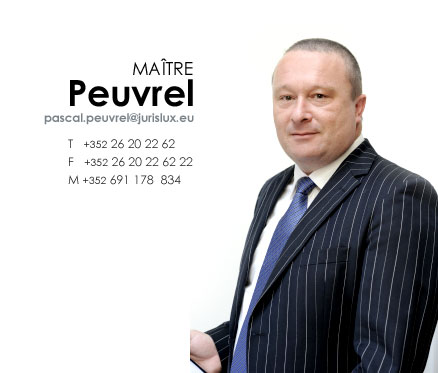 Me Pascal Peuvrel has been a lawyer at the Luxembourg Bar since 1993.

Specializing on labour law, he mainly officiates in the field of litigation.

Me Pascal Peuvrel has been president of the association of the Association des Frontaliers au Luxembourg (A.F.A.L.) since 1998 and member of the Special Permanent Commission for Border Crossers, attached to the National Council for Foreigners.